India’s Supreme Court lifted its interim ban on tiger tourism on the 15th October – so is everything back to normal for tiger watching trips? Absolutely not!

Most Indian states took little notice of the Wild Life (Protection) Act, 1972, which rather vaguely said that tiger reserve ‘core zones’ should be ‘inviolate’. States made their own definition of what this might mean – some decided that any number of visitors could go provided they didn’t stay overnight; others decided the State could built tourist lodges in the core zone and others ignored it completely & left it as a free for all. 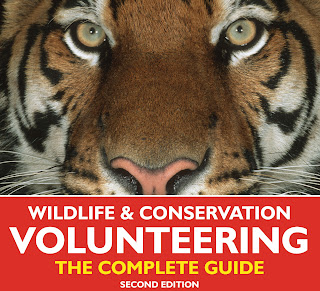 Community activist Ajay Dubey instigated the ban, because he was appalled at how the Wild Life (Protection) Act was being ignored. In lifting the ban states have been given six months to respond to the 69-page document of guidelines drawn up by the National Tiger Conservation Authority (part of the Ministry of Environment and Forests). A number of states, like Karnataka, recognise they don’t comply – so they have maintained the ban on tourists visiting their tiger reserves.

So if you’ve got a tiger watching trip booked - you might not get to see any tigers.
Posted by Peter at 05:38 No comments:

Tiger Tourism in India - I

I’ve been researching tiger tourism for a magazine article & what a mess India has allowed the issue to become.

There’s a real possibility that in the not too distant future tigers will only exist in zoos.

But even zoos are not safe places for tigers. This September in India’s north-eastern state of Arunachal Pradesh a gang of poachers managed to enter a high-security zoo in the capital and hack a tiger to death.

They choose a time when all three security guards decided to go to lunch together, leaving the animals unprotected. Poachers were free to enter the zoo, tranquillise the six-year-old tigress & then cut her to pieces whilst she was unconscious.

The Zoo chief, Zoram Dopum, said that the poachers fled when the ‘hapless’ security guards returned - but no one has been identified, captured or prosecuted for the slaughter.

The growing wealth in China & southeast Asia has seen demand for dead tiger products skyrocket. Tiger skins fetch $20,000, bones sell for $1,200 per kilogram and a whole animal would retail at $30,000.

Poaching is rampant and is the primary cause of the year on year decline in tiger numbers – there are even some tiger reserves where resident tigers have been poached to extinction.
Posted by Peter at 04:01 No comments: